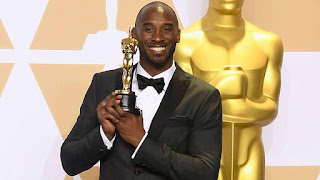 My letter to Kobe Bryant

I debated on writing this as it really will not do good for seo. I just think it is something that I need to get off my chest.

You may know of Kobe Bryant due to your love of sports or just have heard his name float around.

On January 26, 2020, Kobe Bryant tragically crashed in a helicopter with his daughter and 7 other people. There were no survivors. The world mourns. We still don’t have all the answers. We only know that there was very bad fog and the helicopter should not have been flying in the first place. They were on the way to his girl’s basketball game.

I want to be open. Share my letter, my thoughts.

It has been five days and I am still stunned at this loss. Why you, your daughter and the other five people were taken so quickly I will never know. I guess God really just wanted you guys with him.
I can remember being jealous of when you got married. I had wishes of us getting married. I had wishes of us being best friends. We are both Virgo’s, you were born 9 years and 1 day before me. August 23, 1978.
My memories of my youth are not many. My memories of the early years of being your fan are not many.
I know it was 1997 since I remember watching Michael Jordan the year later in his final all-star game.
I recall getting my hair done while watching a game. My hair got ruined as I kept on moving.
I remember 2002 winning the 3peat. Taking this exact same photo of you with my camera 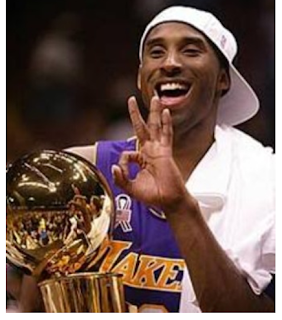 Source
I remember being made at Shaq for being the MVP all three championships.
I remember when Shaq left and everyone said it was over. You proved them wrong. Built a new team around you and finally won MVP for the back to back championship.
I remember watching the tv when you went to jail. I was in shock of how this could happen. Why would someone do this to you? If it was me then I would not have said anything. I was 16 and jealous of that girl who ruined your life. I didn’t want to ruin your life but I thought if it was me then I would not say anything. How you went to court and still managed to help the team to victory with like 40 points every time.
I remember my attending my first ever Lakers vs Celtics game in Boston March 10, 2004 I arrived there 5 hours early. I was so excited when I got my tickets. I walked around waiting for you guys’ arrival at the stadium. I was able to get in 2 hours before the game. I saw you during shoot around when it was just me and my mom sitting in our seats. I could not take my eyes off you. I remember your shoulder being hurt. People saying that you would not play. I told them I saw you shooting around and you would play. I wore my black jersey with jeans. You played and we won. I ran and jumped over boards to see you before you went into the locker room at the end of the game. My mom said I could have a tv or tickets and ai chose tickets. I got a poster after the game
January 31, 2007
My second game I was there a few hours early again. I wore my white jersey and white pants. I went to the mall that day and bought a white Lakers hat. I remember that day vividly since Boston had a small Aqua Teen Hunger Force scare
November 23,2007 My next game I wore a yellow jersey. I was sat just 4 sections left of you. I saw you up close. The only game we lost with me in attendance
February 5, 2009 The last game I attended.I arrived right when the doors opened. I wore my purple jersey and had tickets just 8 rows away right next to where you guys came out. I remember you won the game for us at the last second. It was amazing. I remember during shoot around when I thought you looked at me. A thrilling game that you won for us
Those games I cherish for all my life. Watching you do what you loved was great. I was in awe the whole 3 hours. I slept in my jersey those nights. Wondering when your bus was leaving and when you got there. Sad I couldn’t go to the next destination. You only came once a year but I saw you play and that was all that mattered. The moments waiting for my tickets to come where some of my favorite
Related  My Letter to Kobe Bryant 2
Powered by Inline Related Posts
I cried myself to sleep when you lost the championships. I cried myself to sleep all the times I was unable to go to the game.

I slept with your black 8 jersey and a bear. The bear had an 8 on the jersey which was yellow. His shorts were blue and he was holding a basketball. He reminded me of you. I kissed my poster every night.

I remember when you finally left the game in 2006. It was a heartbreaking moment. I thought it would be the most heartbreaking for a while. Boy was I wrong. I vowed to not watch another basketball game as it hurt to much to not see you play

I remember hearing you won the Oscar. I was so proud. I knew you could. The Emmy, the ESPY, all the many awards out of basketball you won. I hung a poster from a magazine on my wall of you holding the Oscar. Right next to my other poster

I pre-ordered all your books.

I named my dog after you. I had his name picked out for a while. I told my other dog I would name him Kobe after you.

I never wanted anything Adidas as I knew you were Nike. I hated Lebron even though I knew he was your friend.

I cut a KB on my ankle when I was young. I wanted a tattoo but couldn’t get one. My mom had to apply some medicine since i put marker on it

I watched your appearance on various tv shows. Sister Sister, Modern Family, documentaries and other shows.

J remember when you had a small music career. When I first saw you in the Bug A Boo video. I knew it was you

I remember the day after you got 81 points. I jad NBA tv but the game was on late and I had school. I went to school and everyone was talking about it. I was like nah that can’t be true. Got home and you did. You amazed me even more

The commercial you did then Christina Aguilera came out with a song call Fighter. I was so made that she stole your idea.

The commercial of you and Lebron as puppets. Man did I want one

Everyday, every game, every memory, every moment I knew of you, I cherish.

Look over your family. Take care. Have fun in Heaven. Look after your little girl who is sadly with you. Play basketball in Heaven. Always remember we love you and nothing will change that 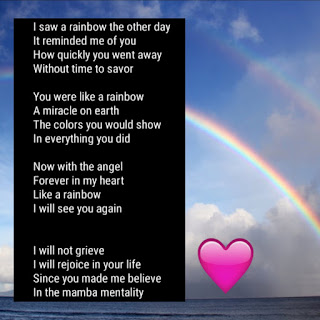 5 thoughts on “My Letter to Kobe Bryant”

This is affiliate links. Just means if you click and buy then I may make a small profit. You can read my Disclaimer for more information

Hey, we can both earn $10 when you accept my invite to PayPal and spend $5. Use my link: here

Fablemoon Says links and post may be affiliated. Fablemoon Says is a participant in the Amazon Services LLC Associates Program, which is an affiliate advertising program designed to provide a means for sites to earn advertising fees by advertising and linking to Amazon.com. At no additional cost to you, I will earn a small profit if you purchase them